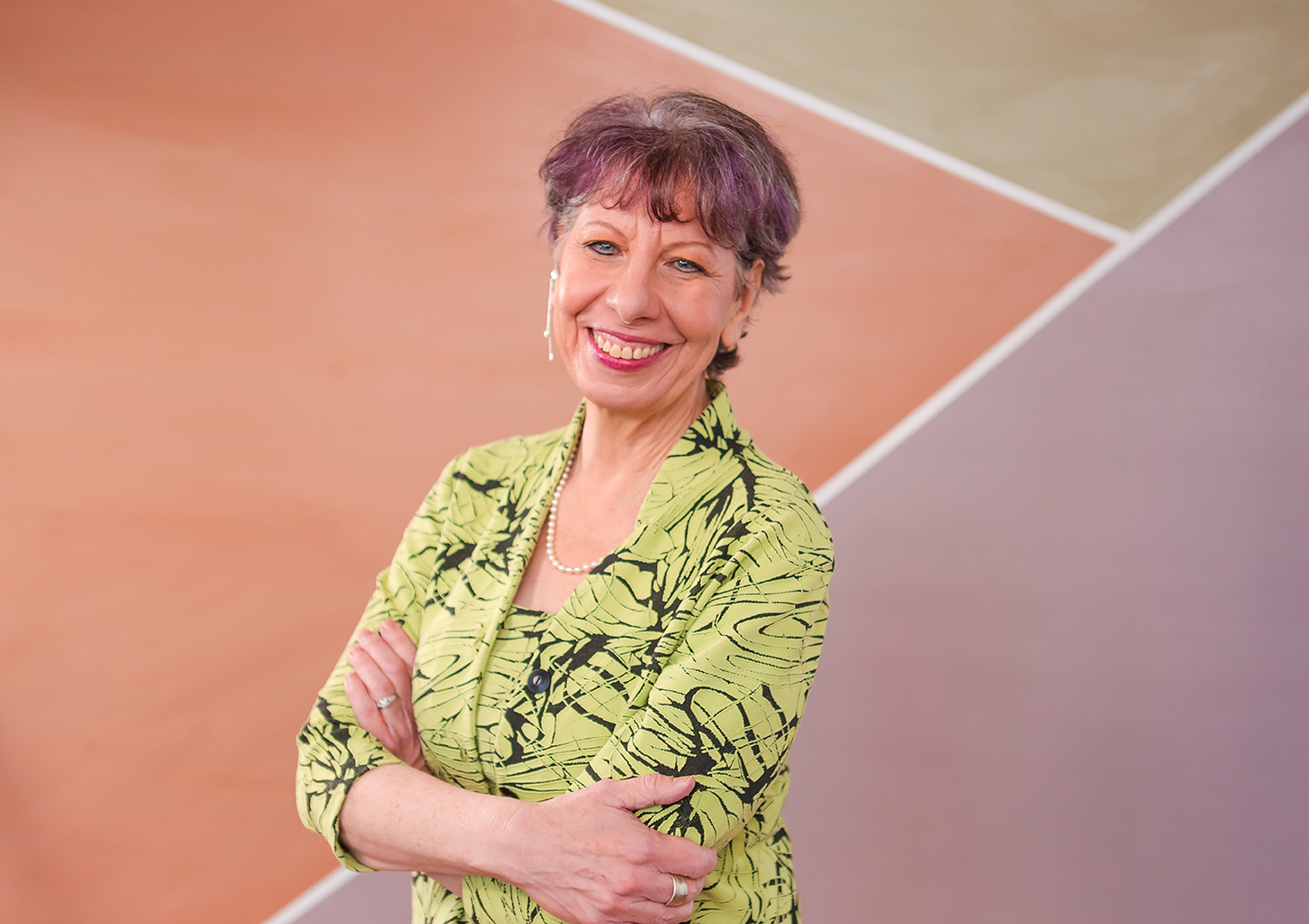 Director/producer Sarah Michaelson had a vision about how to bring Calvin’s story to life on screen. She wanted it to be something that many different people could enjoy in the same space, which meant creating a brand new type of film. She gathered a team of artists and storytellers that combined many different elements into the heartwarming story of “Calvin Can’t Fly: An ASL Storybook.”

Here’s what Sarah had to say about the experience:

What was fun about this project?

This project evolved from the book by children’s author Jennifer Berne, whom I’ve always adored. Jennifer is my first cousin once removed. She wrote Calvin Can’t Fly in 2010 and it’s one of my favorite books. Connecting with her through this work has been pure joy.

There has been an aspect of life imitating art in the process of creating this storybook video. Calvin’s sisters, brothers and cousins towed him along when he couldn’t fly. In turn, he saved the flock from a hurricane. Even though he was so different than the rest, there was a place for him. He belonged. This realization gave him joy that enabled him to soar.

The storybook video creators, who are from different walks of life, have come together to tell this tale. As corny as it sounds, my bond with these amazing artists who have devoted themselves to interpreting Calvin’s journey, filled my soul. And, I believe, lifted us to new heights.

What was your favorite scene?

One of my favorite scenes is a hard moment, but one that showcases the incredible talent on our team. When Calvin gets called, “nerdy birdie,” geeky beaky” and “bookworm.” Crom is so expressive in his signing, you can feel the insults as if they’re coming right at you. And the character of each bird is portrayed beautifully by Michael’s voice.

Calvin finds the words to describe what’s happening, even though the other starlings won’t be able to understand. “Oh, how the wounding words of scorn do sting!” Who hasn’t had this experience? The tragedy and poetry of the moment gets me every time.

Why is the story important today?

In the age we’re living, where there’s so much hostility against people who are “not like us,” Calvin is more important than ever.

Here’s an example: At a live event at the Arlington Heights Memorial Library, Michael and I sat in the back of the audience. Right in front us, was a very sweet family with a little girl and boy. The father and mother helped their children to learn the signs as they were presented.

The first ASL Lesson, taught by Liz Tannebaum on our video, was about “Name Signs” and the audience members were encouraged to identify the sign names for Crom Saunders, for Calvin and for Liz herself. Crom’s sign name is curled fingers on the upper right of his face, indicating his bushy eyebrows.  Calvin’s sign name is the thumb and two adjacent fingers on his forehead to indicate the three distinctive hairs that sprout from Calvin’s head.  Michael and I watched the little girl, who seemed shy but determined, imitating the sign names with the help of her Dad.

At the end of the program, with her father’s encouragement, the little girl walked up to Crom, and signed to him using the name sign she just learned, “Thank you, Crom!”

Crom’s face broke into the widest smile. Here were two people, different generations, different languages, different life experiences … yet because of sharing of Calvin and his message, those divisions disappeared. It was a rare and beautiful moment.

Skip back to main navigation

In Illinois, we know him as the embodiment of Calvin. But at the Greatest Deaf Show on Earth in Kentucky on Labor Day weekend, Crom Saunders is the Ringmaster!

Crom Saunders was the Spotlights Program Ringmaster for the DeaFestival Kentucky 2022 this weekend! Check out his video from this amazing event with Kentucky Commission on the Deaf and Hard of Hearing

Crom Saunders is currently Director of Deaf Studies at the American Sign Language Department of Columbia College, Chicago. Crom works extensively in translation, including PSA videos and children’s stories, with organizations such as Fun4TheDisabled and Sally Is Sarah, LLC. Crom has interpreted do...